One inspiration about Japanese kanji Characters 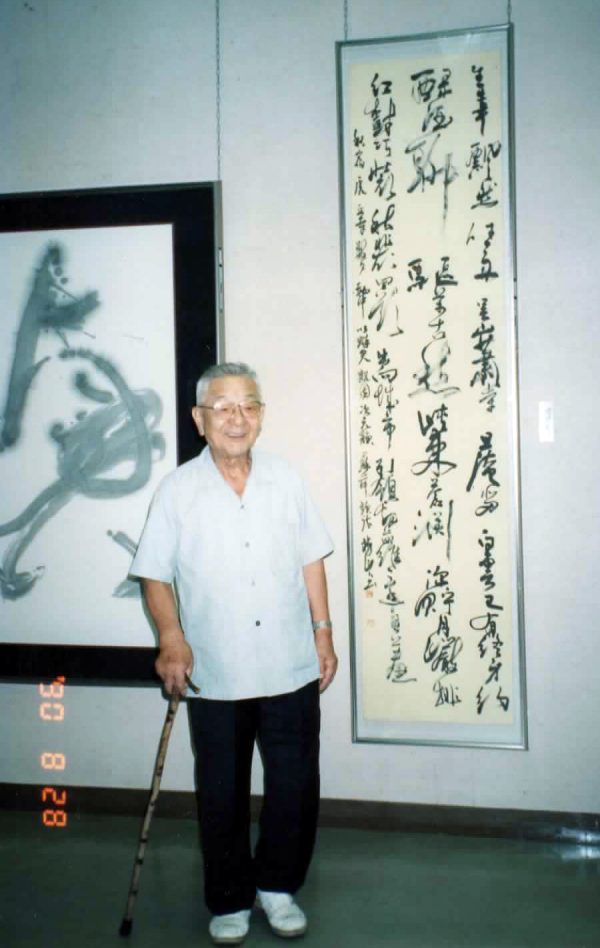 My grandfather was a haiku poet and a calligrapher. I understood the real beauty of his art only after he passed away….

Most Japanese kanjis are made from simple basic kanji characters that each has a meaning/meanings; those meanings of each character support the meaning of the combined kanji character. For example, a composed kanji character, “ocean (海)”, is made from two basic kanjis, “water” and “all over”. Matthew found some of the kanjis had intriguing combinations. “Head (頭)”, is a combination of “bean (豆)” and “page (頁)”. Matthew visualized a “head” as a book made of pages full of beans looked like letters. He also said that our head is like soil from which the beans would sprout and produce new ideas. “Quiet (静)”, which is made of “blue (青い)” and “fight (争う)”. Matthew laughed and said, “Our first impression of the English word “quiet” is calmness. But I found that quietness could arouse intense feelings, in which a couple of blue colors squish each other. “

I wish I could meet with him earlier; if I could have leaned kanji in the way Matthew did I wouldn’t have hated to study kanjis in my childhood. 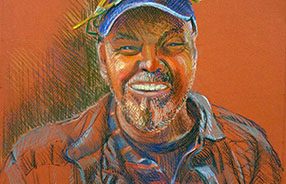 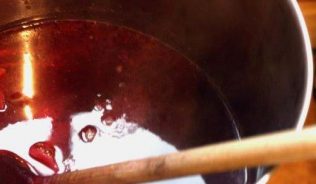 Last week I dyed a fabric using blackberries picked in the woods near my house. The image below is the fabrics I dyed with ... 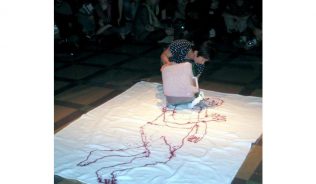 Making something about loved ones

In this posting, I picked up past works about my family. I wove a tapestry  about my dog, Hana. I wove Hana and me, but my daughter says it is ...